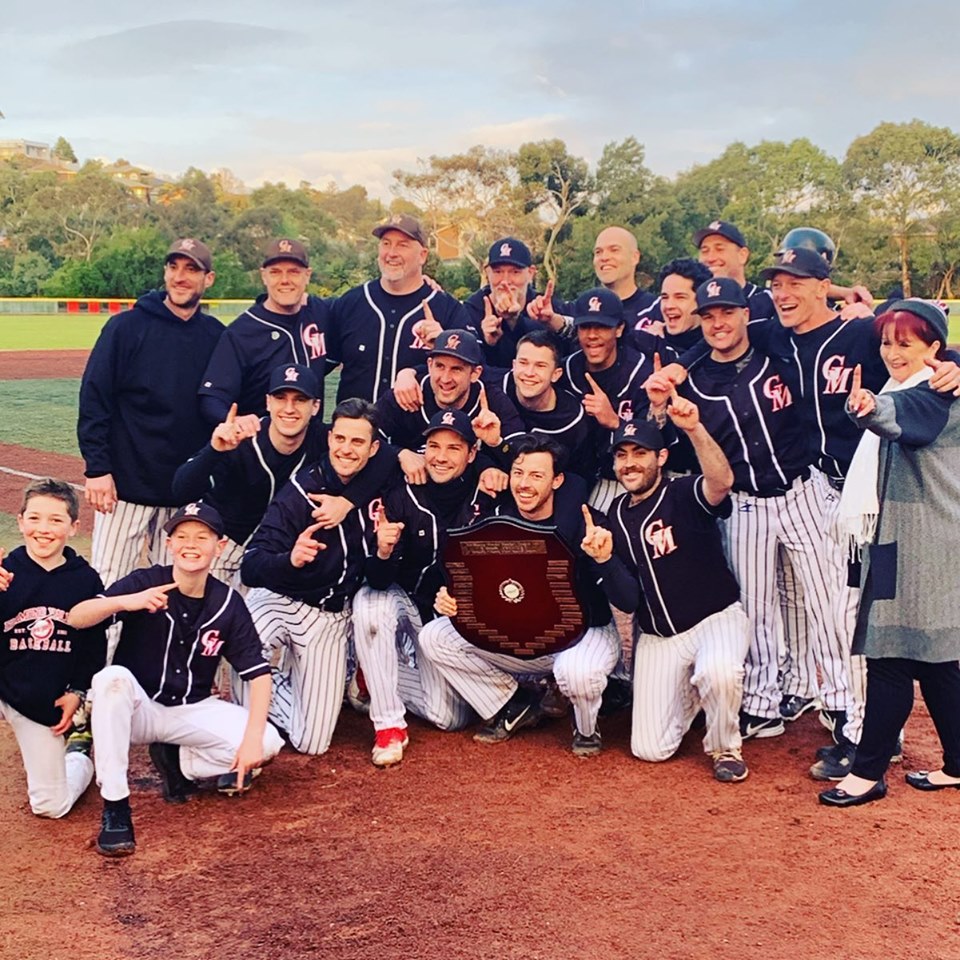 After a wash out on Saturday at the La Trobe University diamond, the game was held over until Sunday and relocated to the Essendon Baseball Club.

Rain still threatened to wash out the delayed final but the match was put back by another two hours and GMBC were eventually able to run away with a resounding 11 to 1 victory.

GMBC coach Dave Tierney, in his first season in charge, said he was incredibly proud of his team for getting the win in less than ideal conditions.

“We got together on Saturday after the wash out to air out any negativity about what had happened. We had some easy batting practice,” he said.

Tierney praised the umpires and league delegates, as well as the Essendon Baseball Club, for how they all handled the last minute change of plans and location.

“In the end, it all went really well for us. They scored in the top of the first inning and we thought hang on, this isn’t an ideal start but then Sam Kennelly hit a two run home run and Sam Street really found his rhythm pitching and was as close to unhittable as he’s been all season.

“We then manufactured five runs when we had two outs – three or four times. We got to seven innings then the 10 run mercy rule was called.”

Tierney said with the bat, Mitch Ellis was strong as well as Ryan Booth and Sam Kennelly who both had four hits.

Tierney said they always knew they’d be in with a chance of taking the premiership, despite the dominant season North Balwyn had.

“We just had to keep our pitchers healthy. Sam Street had such an amazing back half of the season, and he’s coming off surgery. He really showed his true colours.”

Tierney said Ringwood were quality opposition who fell short on the big stage.

“They had an amazing win against North Balwyn to make it but they didn’t have enough left in the tank today.”

Tierney said he couldn’t be happier with the season, especially given it was his first year.

“I feel very lucky to have this job,” he said.

Ringwood coach Adam Bright said Sam Street was outstanding all day, making it incredibly tough for them to score runs.

“It was absolutely incredibly for us to make it today. We had two amazing finals wins to get here and I’m very proud. It just shows it’s never over until it’s over and you should never hang your head, as things can always turn around. We showed real heart this season and we did it all with no imports, all with our own club guys and that made it extra special.”

Both Bright and Tierney said they would return to coach in 2020 and that some players would enjoy a rest after the finals while some were heading straight to summer league commitments.