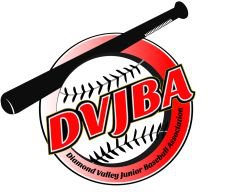 Diamond Valley Junior Baseball Association (DVJBA) is pleased to announce the Diamond Valley U14 squad to represent DVJBA at the Baseball Victoria U14 Winter Championships to be held in Frankston, Victoria from 22 to 23 July, 2017.

The team officials wish to congratulate every player who nominated for the team and thank them for their efforts at trials.

Coaching staff will be in touch shortly to confirm training times.