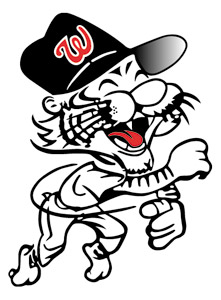 WAVERLEY Baseball Club took a risk on Saturday by fielding a young and inexperienced team but it paid off in their round 17 Melbourne Winter Baseball League B Grade clash against Diamond Creek, with the top side managing an impressive 6-1 victory.

“We played with our least experienced line up today with a lot of young kids, but the move didn’t backfire on us,” Waverley coach Chris Maurer said.

“Everyone really stepped up and did the job for us.”

Waverley are on top of the ladder and look set to secure home final, ahead of Westgarth, Melbourne University and Doncaster.

Diamond Creek are unable to make the finals.

Maurer said 14-year-old Blake Townsend took on pitching duties and did an “outstanding job” and that Evan Phillips was impressive with the bat.

“It was close for a while today but they changed pitchers and we got on top.

Waverley take on Monash University next week, the only team to beat them so far this season.

Diamond Creek coach Leigh Scanlon said it was a disappointing day out for the club against a better hitting side.

“All year we’ve struggled with the bat but we’ve been solid with defence. We’ve played a lot of kids and as long as they keep improving and progressing it is exciting for next year,” he said.

Diamond Creek are away to Westgarth for the final round next week.

In other B Grade results, Doncaster thumped North Coburg 10-0, Melbourne University got the better of Croydon 4-0 and La Trobe were comprehensively beaten by Westgarth 12-0.