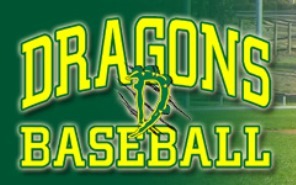 DONCASTER has strengthened their place in the top four after a close 3-1 win against Croydon at Deep Creek Reserve on Saturday in round nine of the Melbourne Winter Baseball League B Grade competition.

Doncaster coach Brendan McDonald said it was a solid performance from his team, who were looking to push up towards the top two.

“Lachlan Paronsage was the stand out for us. He threw the whole game and kept them to just one run. They didn’t get many hits and he got a hit himself,” McDonald said.

McDonald also praised Andrew Reeves who did well catching for the first time.

“We’ve all had a bye now so things should be a bit settled for the rest of the season. But this is the closest comp I’ve played in in a long time – anyone can win on any given day,” he said.

Croydon coach Sam Mathers said Rhys Otter threw well for three innings and that while they got “base hits”, they just couldn’t convert them to runs.

He said Jason Garland played well behind the plate as catcher, nabbing a good “pop up” catch.

“We just couldn’t string our hits together today,” Mathers said.

“We’ve had a couple of wins this season and lost a few close games. We’re trying to develop kids and this season is all about people getting out there and enjoying the game.”

Doncaster are at home next week against La Trobe University and Croydon have the bye.