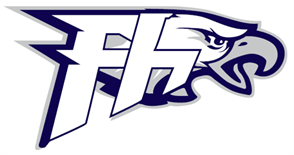 FOREST Hill have cemented their place on the top of the ladder after a close win against Monash University in round 12 of the Melbourne Winter Baseball League B Grade competition.

Forest Hill were able to get across the line against the university team on their home turf, despite trailing 2-1 going in to the final inning.

“They played really well and their pitcher did a good job changing things up and keeping us off balance,” Forest Hill coach Phil Bertrand said.

“We had a lot of opportunities and a lot of runners on base but they had good defence behind them and stopped us from scoring,” he said.

Forest Hill then scored two runs late in the game to run away with the win.

Bertrand said Travis Bass, who pitched the whole game, was a solid performer, as were Jordan Busch and Jordan Ley in the field.

“Worst case scenario after this round we’re still one and a half games clear on top. We’re taking it one week at a time and not looking too far ahead,” Bertrand said.

Monash University coach Michael Hunt, said defensively his team was “spot on” against the top side.

“We were sensational and we held them very well. The guy they were throwing can throw but they were able to score in the last innings and get on top of us.

“We’ve lost the close ones against sides above us this year. We’ve been winning but late runs have cost us. If luck went our way we’d be in the top four,” he said.

He said he thought his side would be “more than competitive” against Waverley next week, who are second on the ladder.