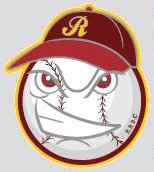 RELEGATED club Croydon’s slow start to the 2014 Melbourne Winter Baseball League’s B Grade division season has continued with a narrow loss to the North Coburg Rebels on Saturday in North Coburg.

Croydon went down 4-5 on the last hit of the day after leading for the entire game.

“We relaxed a bit through the mid part of the game and we didn’t capatalise when we had momentum,” he said.

“North Coburg fought back and took the game away from us,” he said.

“This is our first year in division two and we’re still learning the teams. We have different strategies for different teams and we have to sus out which teams are strong and which ones are not,” he said.

Rebels coach Alan Sutherland said while Croydon got off to a strong start, his team was able to keep them quite for the rest of the day then steal the game in the final inning.

“It was wet and typical winter baseball. We were washed out last week so now we’re 2-1 and right in the hunt. We expect to finish middle of the pack but we intend to play finals this year after just missing out and finishing 5th last year,” Sutherland said.

Croydon, who now sit at 0-4 play at home next week against Monash University. North Coburg are away next week to La Trobe University.