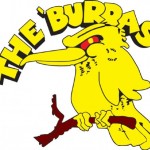 KNOX has outclassed Greenhills Montmorency in a tight match in round two of the Melbourne Winter Baseball League.

Knox coach Mitch Ayers said he was thrilled with his team’s efforts after a loss in round one to Westgarth.

Adrian Rice started on the pitchers mound and threw three innings before coming out of the game with the score at 1-3.

“We fought our way back and it was really a hitters day. The ball traveled well to all parts of the park, I think there were five home runs all up,” Ayers said.

“Luke Howell then came in (to pitch) for us and shut the door on them and we capatalised at bat. Everything really came together today,” he said.

In other A Grade games, Greensborough got their first win for the season on the board with a 10 to 6 win over Ringwood. Greensborough coach Jarrod Hodges said his team got off to a great start

with a 6-0 lead. “They then pegged us back but we got a couple (of runs) in the last inning to get a gap. We were pretty consistent across the board and most of our hitters got a hit. We had a bit of a lull in the middle of the game, and our pitching was solid without being outstanding,” he said.

WESTGARTH has come from behind to beat Watsonia in round two of the Melbourne Winter Baseball League.

Leading 6-0 after the first hour of play, Watsonia coach Leo Vivona said his team went on to make some basic errors to give the game away.

“We dropped a few fly balls and it cost us five or six runs. It gave them a sniff and they got ahead and then stayed ahead,” he said.

“Our early at bats were good and Jarryd Rogers hit a two run home run, and we had a few with multiple hits. I thought we were the better team on the day but Westgarth, to their credit, rallied and once they found an opening they took it.”

Westgarth coach Michael Deeble said it was a tremendous fight back from his entire team. “We scored six runs with two out in the fourth innings. We’ve had a good start winning our first two games after only winning five games last year,” he said.

Westgarth will face Essendon next week who have come up from B Grade, and Watsonia will take on Greenhills Montmorency.